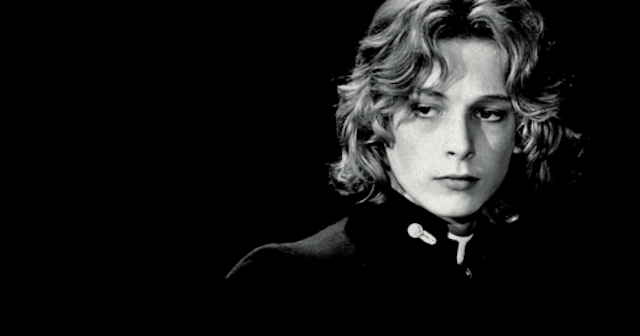 Juno Films announced today the acquisition of US and Canadian rights to the documentary THE MOST BEAUTIFUL BOY IN THE WORLD, premiering in the World Documentary Competition at this year’s Sundance Film Festival. Directed by Kristina Lindstom and Kristian Petri and produced by Stina Gardell's Stockholm-based Mantaray Film, the film follows former child star Björn Andrésen (Death in Venice), as he wistfully reflects on his life of stardom. Juno Films will release the film in theaters in May 2021. The deal was negotiated by Elizabeth Sheldon, founding partner and Chief Executive Officer of Juno Films. Film Boutique recently announced that they have acquired Worldwide Sales Rights.

THE MOST BEAUTIFUL BOY IN THE WORLD follows Björn Andrésen, who was thrust to international stardom at the age of fifteen based on his iconic looks. In 1969, filmmaker Luchino Visconti travelled throughout Europe looking for the perfect boy to personify absolute beauty in his adaptation for the screen of Thomas Mann’s Death in Venice. One year later he discovered Björn Andrésen, a shy Swedish teenager whom he brought to international fame overnight and led to spend a short but intense part of his turbulent youth between the Lido in Venice, London, the Cannes Film Festival and the so-distant Japan. In 1971 at the London premiere of Death in Venice, the director proclaimed his Tadzio as “The world's most beautiful boy.” Fifty years after the premiere, Björn takes us on a remarkable journey made of personal memories, cinema history, stardust and tragic events in what could be Björn’s last attempt for him to finally get his life back on track.

“We live in a world of celebrity and rarely have the chance to see the intimate and often hidden life behind the image. Bjorn reveals himself on camera layer by layer in a personal quest to both answer his own questions about his childhood and to take responsibility for his actions,” says Elizabeth Sheldon. “In doing so, we are invited in to consider the consequences of sudden stardom and the price of being a celebrated idol.”

“We filmed The Most Beautiful Boy in the World during five years in Stockholm, Copenhagen, Paris, Budapest, Venice, and Tokyo, following in Björn's footsteps,” says director Kristian Petri. Co-director Kristina Lindstrom adds “It is a story about obsession with beauty, about desire and sacrifice, about a boy whose life was changed forever when the film director Luchino Visconti declared him to be the, ‘World’s most beautiful boy.’ Who was this boy and what happened to him? This film lets us listen to the boy's own story. He, who was made into an image by others, an icon, a fantasy, which took over his young life.”

“We are honored to have the world premiere of our film at Sundance,” says producer Stina Gardell. “The film is a palimpsest of cinema history and personal biography that audiences will celebrate. We are thrilled to partner with Elizabeth and Juno Films for the North American release.” Kristina Lindström (director) is a filmmaker, journalist, and author. She has directed highly acclaimed documentaries including Astrid Lindgren (2014), Palme (with Maud Nycander, 2012) which was awarded with two Guldbagge Awards, Wonderboy (2003), The Era - Punk in three parts (2017) and Silence (with Kristian Petri , 2020). Kristian Petri (director) is a filmmaker, writer, and culture journalist with a distinctly personal voice that transcends genre and form. Petri's two shorts, Once Upon a Time and The Crack, were selected for the Semaine de la Critique competition in Cannes in 1991 and 1992. His first feature film Between Summers (1995) was awarded with a Guldbagge Award and nominated for a Golden Globe and to best film at European Film Awards. It was also selected for the prestigious Quinzaine des Realisateurs in Cannes.