THE CARAVAN follows Yuri, who is eight months pregnant, her husband Mike and their two-year old son Santi as they travel by foot and bus from their home in Honduras to the US border in 2018 in hopes of a new life for their family.

My greatest unfulfilled ambition is to be one of the astronauts or even the first singer on the Moon. But most of all, I’d love to see Christ come back to crush the spirit of hate and make men put down their guns. I’d also like just one more hit single.

Narrated by Weird Al Yankovic, TINY TIM: KING FOR A DAY is a biographical doc about a musician who is not only well known for hits such as Tip Toe Through The Tulips but for his trail blazing personae that paved the way for other rock stars such as David Bowie, Prince, Iggy Pop and Boy George. An outcast from a young age, Herbert Khary’s rise to stardom as Tiny Tim is the ultimate fairytale. Considered a freak by many of his peers, Tiny Tim left no one unaffected. His wedding on the Carson Show was watched by over 45 million Americans and his queer personality have been celebrated by the likes of Bob Dylan, Marilyn Manson and Lady Gaga. There were plans and hopes that Tiny Tim would be a lasting star, not only a novelty act but one man ruined these plans: Tiny Tim.

The exclusive access to Tiny Tim’s intense diaries, the playful and powerful animations and the interviews with his family and friends, makes this film not only a captivating portrait of one of the oddest stars the world has ever seen, but also a psychological drama, examining the borderline between insanity and geniality. 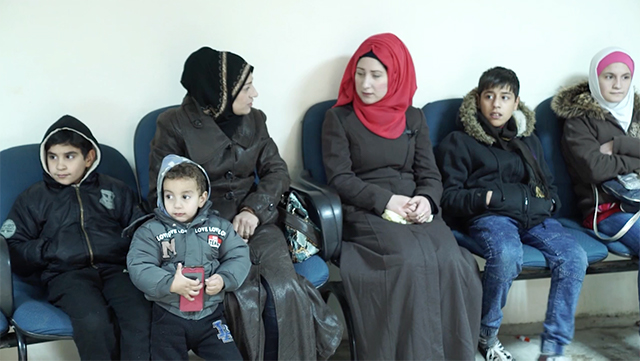 The fate of refugees to the US has been the subject of media headlines since Trump's inauguration. This cinema vérité style documentary follows the Kalajis—originally from the besieged city of Aleppo —allowing for a peek into the lives of those who seek a new life in America under Trump. Upon their arrival in January 2017, they seem lucky: They are among the last refugees to make it into the United States before Trump’s travel ban is implemented. But their private victory over public policy is bittersweet, as their eldest daughter, Ju-Ju, is pregnant and has been left behind. When they realize they have only three months of financial aid from a refugee resettlement organization before they must be financially self-sufficient, they must face the reality of life in America with limited resources, limited support, limited English but new found freedoms they could not anticipate, especially for the women.